A cage fighter who kicked his ex-partner to death and tried to kill the 15-year-old boy with whom she was having sex has been jailed for a minimum of 35 years.

Career criminal Paul Robson, 50, was on the run when he used his steel-toed capped boots on teacher Caroline Kayll, 47, and slashed her buttocks before turning on the teenager at her home in Linton, Northumberland last November.

Robson – who had blackmailed Mrs Kayll about her “inappropriate and unlawful” relationship with the boy – kicked her in the head, may have strangled her during the murder, then sprayed her with ammonia solution.

She could not survive the catastrophic brain injuries he inflicted.

He also set about the boy with scissors and a meat cleaver, leaving him traumatised five months on from the horrific attack.

Passing a life sentence with a minimum term of 35 years, Mr Justice Lavender told Robson: “You ended her life and you brought grief and misery to the lives of others.

“Her ex-husband, Ian Kayll, has said that there are absolutely no words to describe her family’s feelings about her loss.”

A victim statement from the boy’s mother was not read out in court, but the judge said: “His mother has made a very moving statement about the profound effects of your actions on the boy and his family.

“She says that, ‘The last few months have been a living nightmare for us and have left us all in utter turmoil.

“’None of our lives will ever be the same again.

“’The events that took place on November 15th will haunt us forever’.”

The cage fighting coach and former MMA fighter was convicted of murder, attempted murder and blackmail following a trial at Newcastle Crown Court, during which he falsely said the boy was the killer.

The judge did not accept there was any provocation, telling Robson: “You were upset when you learned of her relationship, but you had known of it for over two weeks when you chose to drive from Glasgow to her home.”

Branded “a cruel and calculating coward” by the prosecution, Robson prowled outside her home before the attack, in which he also chopped off Mrs Kayll’s hair in clumps.

Robson, who has 21 convictions for 92 offences over more than 30 years, had a clandestine relationship with Mrs Kayll while he was behind bars at HMP Northumberland – where she worked as a teacher.

They lived together after his release, but split up weeks before the murder and he blackmailed her when he found out about the illegal relationship she had started with the teenager – who cannot be identified.

She was to confide in a friend that Robson was blackmailing her for £35,000 and that her ex was “going to ruin her” and tell her school, the jury heard. 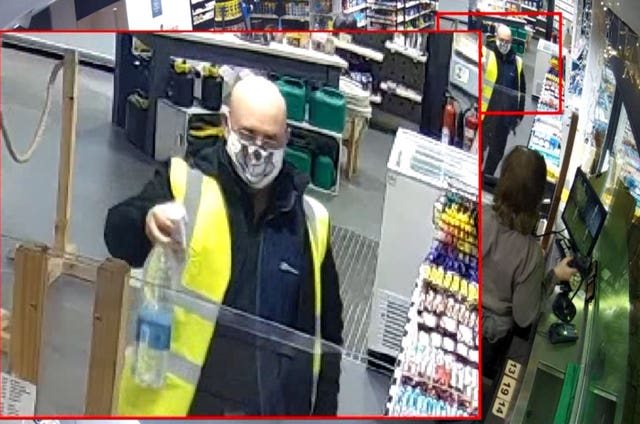 The judge said the crimes were aggravated by him using ammonia as a weapon, that it happened in the home where they had lived together and he had used “gratuitous violence” on her as she lay dying.

Robson was unlawfully at large, having been recalled to prison after breaching the terms of his licence after he was released early from a 10-year prison term for drugs and firearms offences.

After the case, Northumbria Police said it was looking at whether lessons could be learned about locating wanted suspects.

Comparing Cristiano Ronaldo with the other European Championship sharp-shooters