How would a foreign travel traffic light system work?

A traffic light system categorising countries based on their Covid-19 risk levels forms part of potential plans for the return of foreign holidays.

The measure is among the recommendations of a report from the Government’s Global Travel Taskforce which outlines how international travel could resume from May 17.

Here the PA news agency looks at why the taskforce was set up and what is has proposed:

– What is the Global Travel Taskforce?

The taskforce, led by Transport Secretary Grant Shapps, was charged with developing a framework that could help international travel safely return during the ongoing Covid-19 pandemic.

Reporting to the Prime Minister, its membership is made up of officials from across Government departments, while working closely with the Scottish and Welsh Governments and Northern Ireland Executive.

It aimed to draw on scientific data and consult international partners, the tourism sector, business leaders and businesses from the aviation, maritime and international rail sectors.

– Why has it produced this report?

Despite the success of the Covid-19 vaccination programme and falling cases numbers, the Government is concerned at the risk posed by new variants of coronavirus.

As highlighted by Europe’s current third wave of infections, ministers want to protect the UK from variants of concern being imported into the country and undermining its progress.

The Government has already said that international travel, which is currently largely banned, will resume no earlier than May 17, with the taskforce aiming to detail how this could happen.

– What is the traffic light system?

The taskforce said that people arriving home from abroad would still be subject to rules such as home quarantine and strict testing, but these will be differently applied depending on the country visited:

Green destinations – Arrivals will have to take a pre-departure test and another PCR test on or before day two of their return to the UK. No quarantine or additional tests will be needed unless a positive result comes back.

Amber destinations – Arrivals must quarantine for 10 days, take a pre-departure test and a PCR test on day two and day eight after their return, with the option of a “test to release” on day five to end self-isolation early.

Red destinations – Travel to these countries will be restricted along the same lines as the Government’s current “red list”, meaning returning travellers must stay for 10 days in a quarantine hotel, as well as take a pre-departure test and a further PCR test on day two and day eight after returning.

– How will this affect travellers’ plans?

Under the traffic light system, arrivals from red countries will need to book a “quarantine package” before departing on their travels.

Those coming back from amber or green destinations will also be required to book “test packages” from a Government list of providers before travelling.

The Government plans to work with the travel industry and private testing providers to reduce the cost of foreign travel.

This could include free pre-departure tests and cheaper tests when holidaymakers return.

– Are vaccine passports involved at all?

The Government did not make a specific reference to “vaccine passports” in its latest announcement.

It said the UK will play a leading role “in the development of international standards around a digital travel certification system”.

Work is ongoing within government to “consider the role certification could play in facilitating outbound travel, for those countries which have systems in place” as well as to develop “a system that would facilitate travel certification for inbound international travel”.

The concept of a vaccine passport would see travellers being required to show proof of receiving a Covid-19 jab to facilitate foreign travel.

Boris Johnson has previously indicated that vaccine proof will be likely for those wanting to travel internationally.

He said that several other countries are also looking at “the role of vaccination passports for overseas travel”, which is “going to be a fact of life, probably”.

– Which countries are going to be green, amber or red?

The Government said it will set out by “early May” which countries will fall into which category, with it currently being “too early to predict” how destinations will be listed over the summer.

It will also confirm whether international travel can resume from May 17.

– Can countries move between these categories?

The allocation of countries’ categories will be kept under review and will respond to “emerging evidence”, with a particular focus on variants of concern, the Government said.

To help travellers plan ahead, a “green watchlist” will be set-up to flag which countries are most at risk of moving into the amber category.

But the Government warned that it would not hesitate to “act immediately” if data showed a destination’s risk rating had changed.

– How will a country’s risk level be assessed? 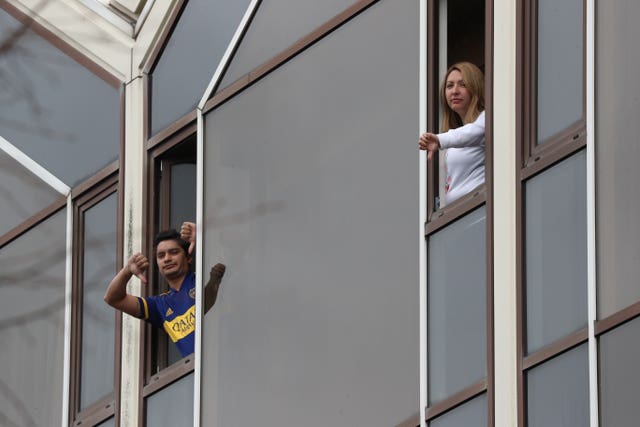 Factors looked at will include the proportion of their population that have been vaccinated, the rate of infection, the prevalence of variants of concern and a country’s access to reliable scientific data and genomic sequencing.

– When will restrictions be reviewed?

Restrictions will be “formally reviewed” on June 28 to take account of “the domestic and international health picture and to see whether current measures could be rolled back”, the Government said.

Further formal reviews will take place at “checkpoints” no later than July 31 and October 1.

– What other changes are planned?

The Government also plans to “digitise” the Passenger Locator Form and integrate it into the UK’s border system to allow checks at e-gates by the autumn.

– How will travellers’ rights be affected?

The Civil Aviation Authority (CAA) will be given “additional enforcement powers” to act on airlines that have breached consumer rights, with a consultation expected later this year.

A Covid-19 charter “will also be introduced from the May 17, that the Government said would “clearly” set out “what is required of passengers and what their rights are while measures remain in place”.

Mark Drakeford says UK is ‘no longer in a pandemic’

Northern Ireland takes a stride out of lockdown

Cummings lashes out at Johnson over leak allegations

What is the Post Office’s Horizon scandal and what happens next?